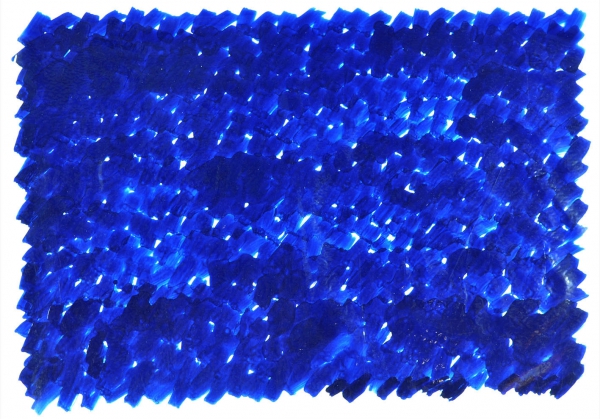 Milan. Entitled  “Introduzione al vuoto”, (introduction to the void), after a work by Antonio Scaccabarozzi, 1978 , the solo exhibition of the Brianza artist's work, (1936-2008), is curated by Elizabeth Longari and open until April 24 at the Nuova Galleria Morone. The exhibition itinery follows his exploration, characterized by the great experimentation in terms of both materials and creative processes, from the beginning to the mid-seventies, when creating the series "Fustellati" and "Prevalenze", up to the final works. Scaccabarozzi's work, is organized in cycles based as much on the different nature of  the material (canvas, paper, plastic) as much as  on the color. While taking this into account the exhibition does not forget the installation side.  However, according to the curator, the heart of the solo exhibition is, “Quantità libere di colore” , in which this artist, sophisticated, yet secluded and private, reflects on his favorite themes of the combination of transparency-opacity. In this instance using now opaque pigments of colors now materials (such as translucent overlapping sheets of polyethylene) so diaphanous as to transform his pictorial work into a sort of epiphany, which then finds fulfillment in the cycle "Velature", executed in oil (in the photo, “Polietilene, quantità di blu”.1991).□ Ad.M.

Tweet
Published in Articles from newspapers and magazines
back to top