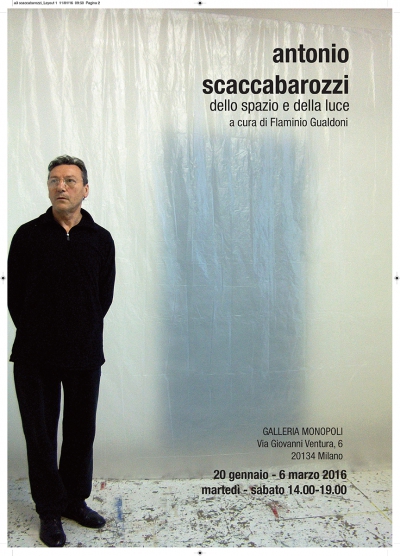 Antonio Scaccabarozzi. Of space and light

Antonio Scaccabarozzi (1936 – 2008)  a significant figure on he horizon of post-war Italian art.

As part of the systematic work undertaken by the Scaccabarozzi Archive to study and document all of the artists work in which analytical painting intersects with an intense conceptual attitude, this exhibition is showing an exploratory group belonging to his later periods .

These works are characterized by the use of formed coloured polyethylene sheets, suspended individually or folded on themselves, creating single shapes suggestively evoking designs of Greek temples yet at the same time of places (Geografia), evincing visual states capable of enveloping the whole ambient. 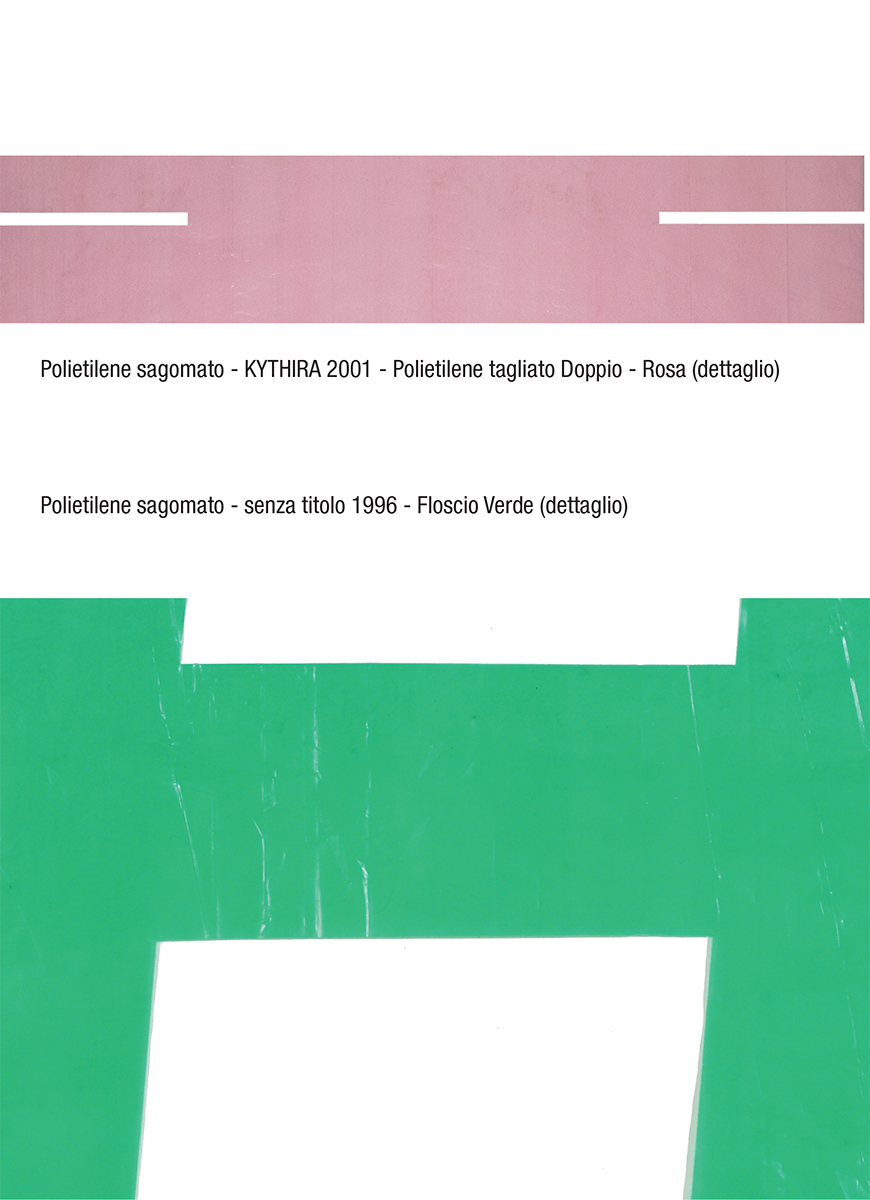 Scaccabarozzi himself wrote "When I discovered this material, polyethylene, I immediately sensed that it possessed many features that suited my desire to work on transparency, lightness, plasticity,  instability and so on... In fact, the material turned out to be perfect

Emerging from the exploration of minimalisation to the point of  elimination of the intentionality of the act of painting, in work cycles like le Banchise e Ekleipsis he uses sheets on which physical light acts diversely on their translucency and on their opacity, resulting in highly ambiguous perceptive states - but going further still is the play on optical illusion - where the color appears to stand quite alone, while yet inherent to the material itself.

In the fabrication of the painted surface the sheets are not taut, but presented in their fragile, fluid, imperfect spatial dimension, like actual, real fluctuating plexuses  that as the light passing through them, quicken.

This is a reflection that goes beyond the affirmation of the monochrome legacy, with an understanding of the  pictorial object as a physical modifying presence: it changes the ratio itself of the conventional concept of painting together with that of the interpretation of the image, tending to draw the eye of the beholder to a place where  analytical reflection becomes true, ineffable mood.

View the embedded image gallery online at:
https://www.archivioantonioscaccabarozzi.it/site/en/exhibitions-and-catalogs/personal/item/208-2016-01-antonio-scaccabarozzi-dello-spazio-e-della-luce-galleria-monopoli-milano-i#sigProGalleria782bb1aaf6
back to top